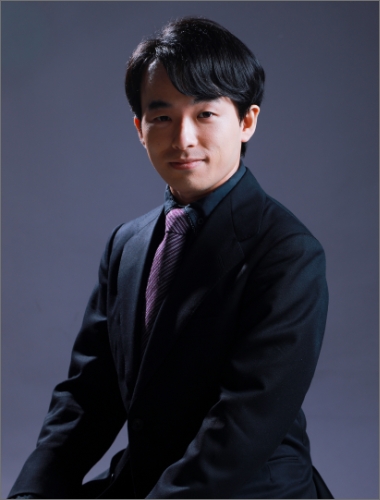 Born in Tokyo (Japan) in 1991. He began his musical studies at the age of four. He graduated from the High School of Music attached to the Tokyo University of the Arts (Tokyo Geizyutu Daigaku) in 2009. The following year, he was admitted to Tokyo University of the Arts where he studied under Haruhi HATA and Chiharu SAKAI, but he decided to move to Paris in 2011 to perfect his skills with Henri Barda and Geneviève Martigny at the École Normale de Musique de Paris.

n 2013, he obtained the Diplome Supérieur de Concertiste at this institution unanimously with the congratulations of the Jury. In order to continue his study, in 2015, he entered the Conservatoire National Supérieur de Musique et de Danse de Lyon. He worked under the direction of Hervé N'Kaoua and Thierry Rosbach.

In 2021 he competed in the 18th International Chopin Piano Competition (Warsaw), and in December of the same year, he released his debut album "Profonde" on the ART INFINI label (Tokyo, Japan), which was selected for a special prize by "Record Geijutsu"(a historic magazine in Japan for recorded music).

He has been an officially supported artist (the 1st term) at Cutural Foundation Kansei de Ashiya (Hyogo prefecture, Japan) since 2021.

In the midst of these depressing days of the global pandemic, I had an unexpected encounter with a fresh and magnificent Japanese pianist. His name is Junichi Ito. He has a soft demeanor, a mild smile, and an appearance that suggests a sense of calmness deep within. It was a rare, fresh, and vivid musical experience to hear his Chopin played on the New York Steinway, the trademark of Salon Classic.

The program all consisted of Chopin; "Barcallole," "Mazurka op.24," "Fantasy op.49," and two mazurkas and "Fantasy Improvisation" as encores. 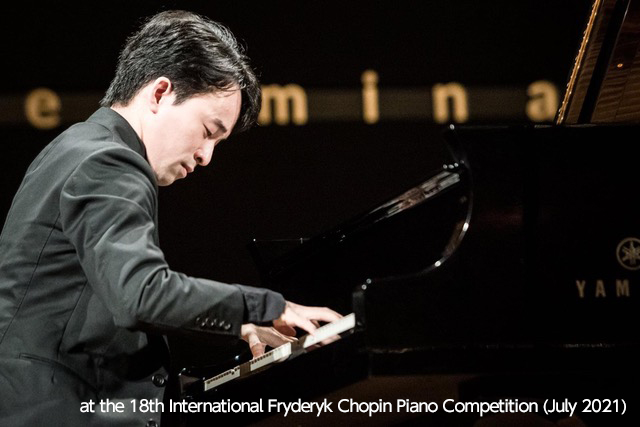 The opening chord of Chopin's " Barcallole" is so impressive, but this beginning seems to evoke different images not only for the listeners but also for each performer. I remember Mr. Ito explained to the audience before playing the piece that it had always reminded him of arriving in Venice and opening the windows of a building to see the gorgeous scenery of the great old aquatic city.

It was at the very moment when the opening chord was played that I felt an intense moment of listening. The pianist's left hand was casually raised high, and in the next moment, it swung straight down to the keyboard. At this moment, his left leg naturally extended and lightly left the floor, floating in the air. His left hand and left foot rose and fell simultaneously in a series of effortless movements. The next moment, the opening chord of the "Barcallole" resounded, the blue shimmering water filled my mind, and with the feeling of the oar kicking the bottom of the water, the gondola, invisible to the naked eye, started to move.

Even though I was listening to the piano performance, I had the strange feeling that I was having a different kind of receptive experience at the same time, and it continued throughout the whole time I was listening to Mr. Ito's performance. Wondering what this was all about, I eventually remembered a time in the past, when I had the same feeling. 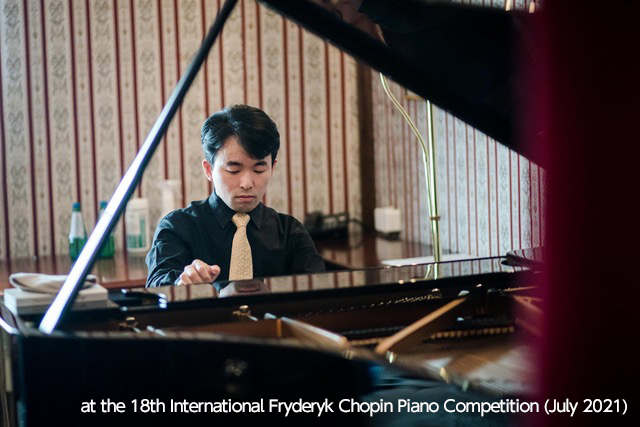 Many years ago, I was at a temple in Nara where I witnessed a calligrapher writing on a large sliding door. The first moment the calligrapher lowered his large brush, richly coated with thick jet black ink, onto a paper surface that seemed to be several tatami mats in size, I could feel the movement of his body and the sudden change in the air. The moment the tip of the brush touched the surface of the fusuma, the blank fusuma ceased to be a blank as ink was applied to it, and it turned into a space that reflected the world of Zen words (I remember it was "Ko-un Ryu-sui:" Just like a cloud moving across the sky and a river running through the land ,be unconfined, not clinging to anything unconfined) that appeared afterwards. When I realized that the breathtaking contrasts between tension and relaxation in Mr. Itoʼs piano was similar to the movement of the calligrapher at that time, there was another thing that struck me. It was the way Mr. Ito breathed. 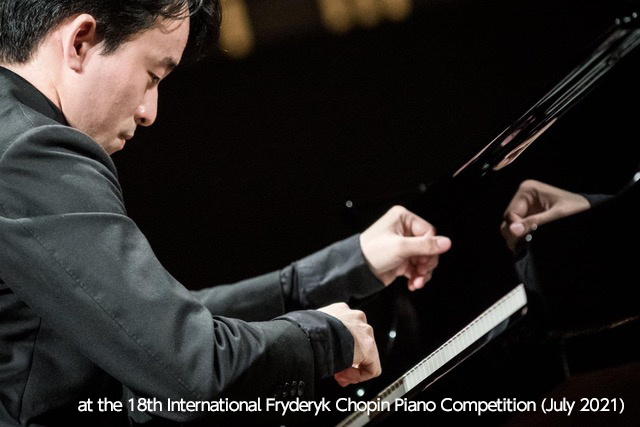 Chopin's piano music, like any other outstanding musical work in the world, can be said to have as many differences in expression as the number of people who play it. It is not uncommon for a performer's individuality to come out so strongly that it is hard to believe it is the same piece. In such a situation, Junichi Ito's Chopin, with its well-balanced and sensitive expression of intellect and emotion based on a solid interpretation, may fall into the category of an orthodox approach. However, what was really interesting to me, as a listener, was his style of "playing with the breath," although I have no way of knowing whether the pianist himself is aware of it or not.

When I listened to his performance, I wondered where this natural precision came from, and I realized that it was the changes in his breathing. There are many performers who create rhythms by breathing in and out. But in Junichi Ito's case, it seems to play a much more important role than a mere trigger for phrasing or a guide for rhythm-making. The casual but sure transition between inhalation and exhalation creates a slow and rapid rhythm and a crispness of phrases. The "swells of sound" characteristic of Chopin's works born from this gradually amplified and eventually filled the entire room with a vibration of sound.

What was even more impressive was that many of the audience members were somehow breathing the same breath as the performer. The whole place was breathing as one, surrendering itself to the overlapping sound vibrations and resonating with the pianist.

In this context, I believe that Junichi Ito's piano is not played by himself alone, but contains something rare that can resonate with the entire venue, including the audience, through his own breath and body.

Mr. Ito, who has studied for a long time in France, will inevitably become an active performer not only in Japan but also on a global scale. It is my sincere hope that his piano, with its serene power reminiscent of Japanese calligraphy and the richness of the "Yamato spirit," will be recognized as a solid presence in the world of global-level performers, where pianists with rich individuality from all over the world are rampant. I truly look forward to his further success and achievement. 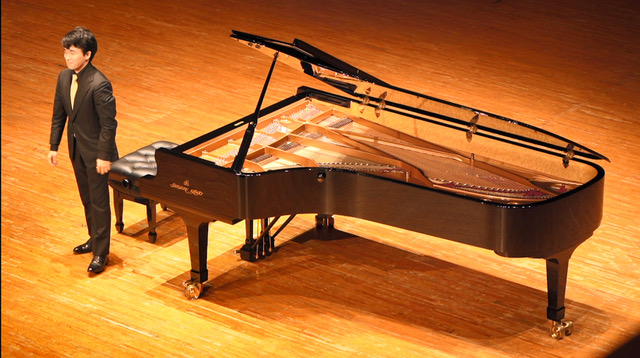 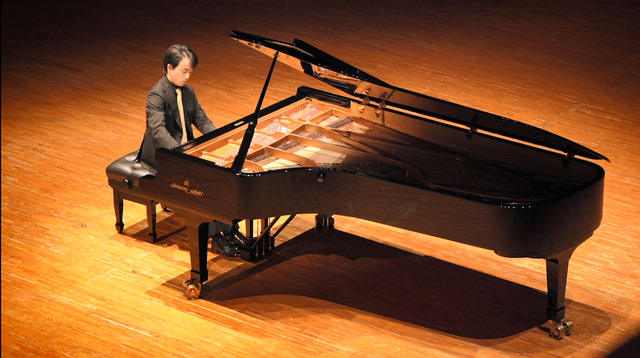 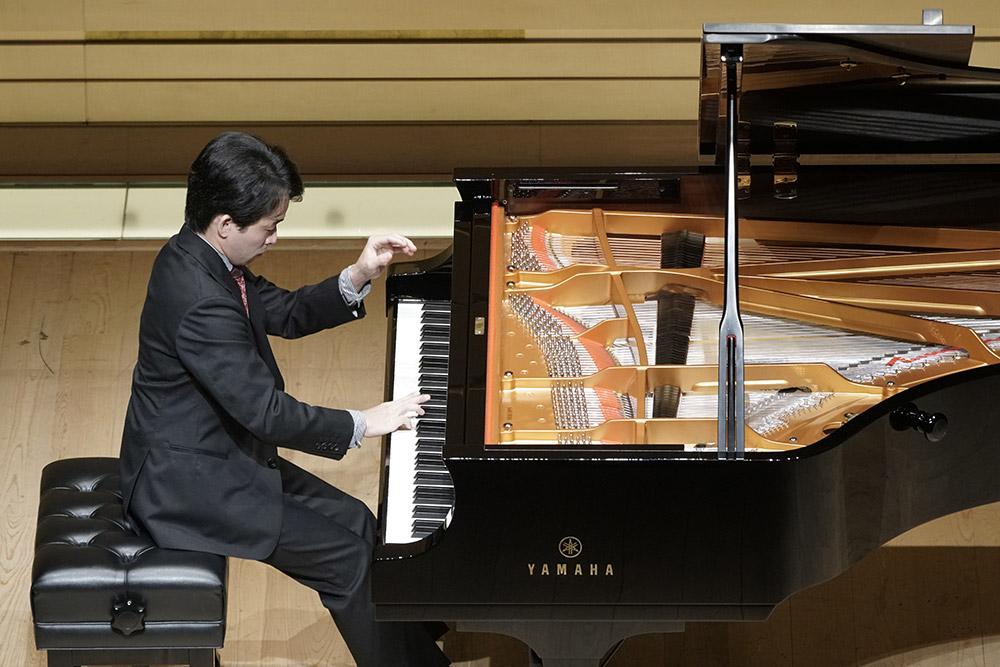 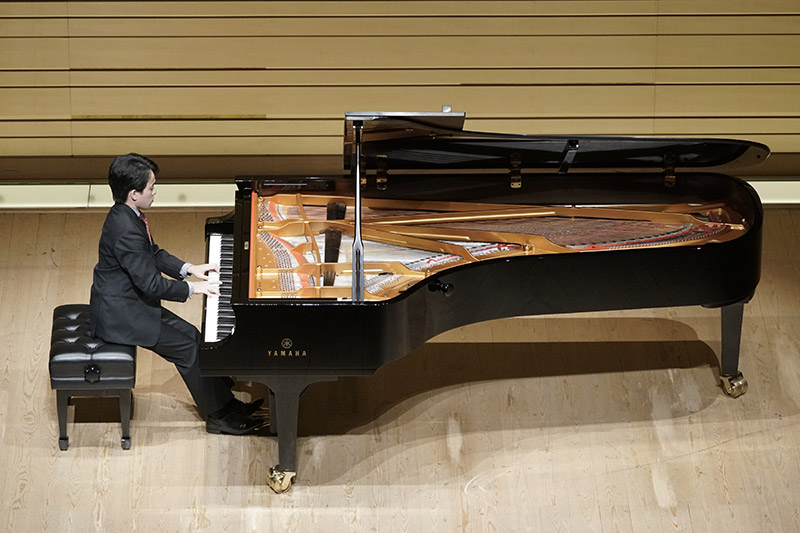 To send a message to Mr. Ito, please click here.  Please note that it will be through the Foundation, so it may take a while for a response.